MANGA.TOKYO > Otaku Articles > What Do Shin Godzilla and Evangelion Have in Common?

What Do Shin Godzilla and Evangelion Have in Common?

Hi there! It’s Mokugyo and here I am with another Anime Study! It’s almost 2017 and it’s time to look back to the anime year in retrospect!

This was a good year for anime. Kimi no Na wa was undoubtedly the anime surprise of the year, but there was a live action movie that really changed the way we see a certain franchise: Shin Godzilla. You can learn more about the monster in this historical journey. The new movie of the famous monster was directed by Hideaki Anno, the director of one of the most iconic anime series, Neon Genesis Evangelion.

In this article, I want to study the relationship between the two works, Shin Godzilla and Neon Genesis Evangelion.

What is Neon Genesis Evangelion? 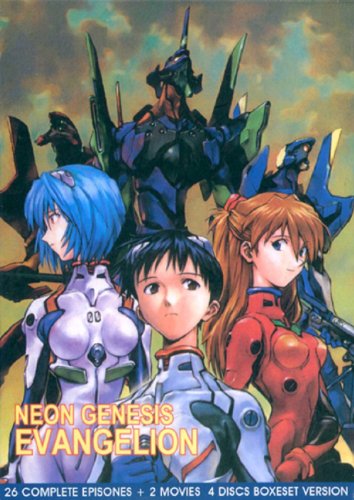 Neon Genesis Evangelion is a mecha TV anime series that was hugely popular during the 1990s in Japan and is affectionately known as ‘Eva’ amongst fans. Its new movie adaptation, Rebuild of Evangelion, was released between 2007 and 2012, and almost became a social phenomenon. It was the enigmatic story filled with mystery, the unique actions of the robots that looked as if they were living creatures, the charismatic characters and the experimental imagery expression: such fascinating and original elements captured the anime fans.

Godzilla is a very popular Kaiju (beast) movie series from Japan. The first movie was released in 1954 and from then more than twenty movies were made, with the last of the series in 2004. In 2014, Hollywood made their own Godzilla film which became an international box-office hit. The momentum towards making Godzilla movies once more increased in Japan thanks to Hideaki Anno and Shin Godzilla. The director of the huge hit movie Evangelion is enthusiastic about special effects and created an amazing movie. You can read our review here.

By the way, Gareth Edwards, the director of the Hollywood remake, also directed Rogue One: A Star Wars Story.

You can learn more about the history of Godzilla in this article!

Shin Godzilla: The Meaning of the Title

The ‘Shin’ in the title of Shin Godzilla is deliberately written in the phonetic Japanese script we call katakana, and which is used for mainly for foreign words. Several Chinese characters, could be applied to the sound of ‘shin’. It could be 神, for the meaning of a ‘god’-like creature, 新 for a ‘renewed’ Godzilla, or 真 for a ‘genuine’ Godzilla movie. The English word ‘Sin’ can also fit here. (The English word ‘sin’ would be pronounced ‘shin’ in Japanese’). The use of katakana in Shin Godzilla implies a multilayered meaning.

Shin Godzilla is, in short, the battle between the colossal monster Godzilla, who suddenly appears in Tokyo, and humans. The movie has a lot of political meeting scenes where the government discusses strategies for the battle against the mysterious creature. Although these scenes gave a realistic feel to the movie, they were criticized by the people who wanted to watch more action scenes. Most Japanese, however, felt these scenes were natural, as we Japanese have a tendency to spend time, or too much time, on planning and negotiating.

Common Points with Evangelion 1: The Music

The background music of Shin Godzilla is handled by Shirou Sagisu who also composed the music for Evangelion. He intentionally inserted the same music in Shin Godzilla as in Evangelion during the scene when the characters were discussing the operation against Godzilla. The people who had already watched Evangelion felt that the two works were similar and understood that the battle had just commenced at that point.

Common Points with Evangelion 2: The Name of the Operation

Yaguchi, who took command against Godzilla, named his operation ‘Yashiori’. The name is quite similar to the ‘Yashima’ operation in Evangelion. Furthermore, both operations are actually quite alike in composition and deployment. I must stop here, as it’ll be a spoiler for the people who haven’t watch either of the two movies.

Common Points with Evangelion 3: The Characters

Although there are few female characters in Shin Godzilla, there are two women who stand out. One is Kayoko Ann Patterson, Special Envoy for the President of the United States, who is strong and self-assured. The other is Hiromi Ogashira, a wild animal expert, who is poker-faced and deals with work apathetically. These two characters are quite similar to Asuka and Rei in Evangelion.

Common Points with Evangelion 4: The Presence of Godzilla

As I said earlier, ‘Shin’ may imply ‘god’ and Godzilla was depicted as a god-like creature whose power transcends that of humans in the movie. The angels in Evangelion were also depicted as God’s messengers who are beyond human understanding. The director Anno embroidered the same presence into both movies.

One of the features of Shin Godzilla is its large amount of information. It has many meeting scenes with long dialogues. It employs a lot of jargon and includes many names, and operations are often shown in subtitles. Evangelion also employed words as images on screen. Not only there were subtitles, but they also expressed characters’ emotions in words on screen. One of the reasons of Evangelion’s popularity was its overwhelming amount of information filled with jargon and religious terms.

For that reasons, many of the fans were eager to talk about the movie and connect the dots.

Neon Genesis Evangelion had a significant influence not only on anime in Japan, but also on movies, dramas, and games. I recommend this series to people overseas who like Japanese anime. Shin Godzilla is a new Kaiju movie that borrows from the essence of Evangelion. Anno’s commitment made the creation of this movie possible. It’s totally different from its Hollywood counterpart; the Japanese version is filled with its original appeal.

Ayumi recently wrote a few articles on how to enjoy the movie of Shin Godzilla even more. Check them out:

7 Theories and Trivia to Enjoy ‘Shin Godzilla’ Even More

Shin Godzilla: The Meaning Behind Some Key Scenes