MANGA.TOKYO > Otaku Articles > How Live-Action Movies Based on Manga Are Received in Japan

How Live-Action Movies Based on Manga Are Received in Japan

A lot of live-action movies produced in Japan lately are based on manga, anime, and light novels. It’s neither a niche nor a fad anymore, but a proper genre within the movie industry.

The number of movies are increasing each year, and the Japanese anime fan community is especially verbal when it comes to critiquing their favorite series. In this article, I will try to explain how Japan reacts to live-action movies based on manga titles and introduce some of the must-see movies.

Right after the announcement of the live-action adaptations of Fullmetal Alchemist and JoJo’s Bizarre Adventure, there has been growing criticism on the internet. Fullmetal Alchemist is set in Europe during the industrial revolution and its characters are supposedly Europeans with European names. However, the movie has an all-Japanese cast. The criticism was mostly directed at the inevitable differences between the characters and the actors and argued that at least it shouldn’t be shot in Japan. The fans were also concerned about the technical aspects of the movie, like how they could depict the scenes of alchemy or Alphonse Eric, whose body is made up of a large steel armour.

The live-action movie adaptation of JoJo’s Bizarre Adventure will adapt only Part 4, which is set in Japan. That wasn’t enough to lift the worries of the fans though. They fear that the movie might destroy the unique atmosphere of the original manga. Although the anime version of JoJo succeeded in recreating the characteristics of the original, many fans have doubts about the live-action movie. It’ll depend, they say, on how they recreate the scenes of the stand battles. It’s not easy to create something when the expectations are high.

The reason for these negative opinions is mainly that the impression that the fans have for the original is deeply imprinted in their minds. In manga or anime, the appearance of characters is visually fixed, therefore when actors play their roles, there will be inevitable discrepancies. That provokes the backlash of certain fans who can’t accept that. Their criticism is not contained to the period of screening, but starts long before, during the casting announcements. That’s not a Japanese exclusive: recently, a lot of criticism was directed towards having a black actor play James Bond or Scarlett Johansson play the Major from Ghost in the Shell.

Another reason is the difference in time frame. While most Japanese manga have long storylines, live-action movies have to fit within two hours. Most probably the storyline will not follow fans’ expectations or it may even go into a totally different direction. It’s impossible to satisfy everyone by squeezing a long story into a two-hour long film and fans will always find something missing from the movie.

There is also the lingering perception that Japanese movies are inferior in visual expression. Certainly, Japanese movies used to have fewer VFX scenes in comparison to Hollywood and were not that good at creating spectacular scenes. In recent years, however, they have progressed technically and now they are released with VFX matching the best the world has to offer. Despite that, many people are still trapped in that negative perception and don’t believe that the Japanese movie industry is able to adapt manga or anime into live-action movies. Many fans go to extremes and denounce movies without even watching them. The benefit of the doubt is an probably a foreign concept to them.

As a result, the Japanese general opinion towards adapted live-action movies is mostly negative.

On a positive note, there are a few movies that managed to overcome the negative expectations. For example, there were many worries on the Shinigami (reapers) in Death Note were going to be portrayed, and the second part (Death Note had two movies) ended differently from the original manga. Despite the advanced reviews, the movie was well received and was called one of the best live-action movies based on a manga. The success was due to the well-organised script and the acting skill of the cast. Some even said that the movie is on a different level from the other adaptations, which they discredit unconditionally. Death Note recently released a third live-action movie. 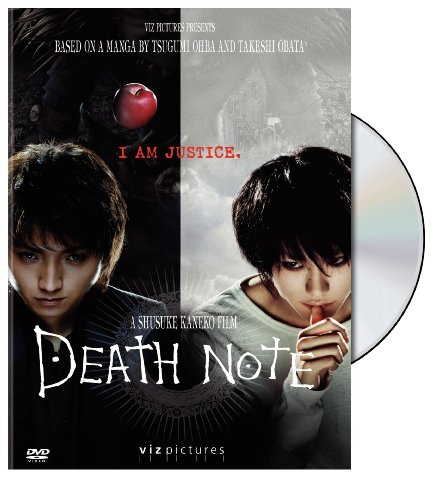 The second example is the adaptation of the Rurouni Kenshin manga. There were concerns before its release regarding the difference in the main character’s image between the original and the movie. However, the movie received a surprisingly favorable reception and is recognised as a masterpiece among historical-period movies due to its sharp battle scenes. The sequel movie, Kyoto Inferno, commercially surpassed the first one because of its spectacular visuals. 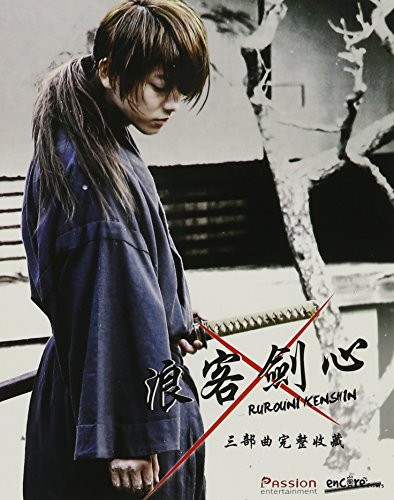 These examples show that people are not always trigger-happy to throw dirt on live-action movies. They will accept them if they are convinced and satisfied by them. There are many manga and anime that are scheduled to be adapted to live-action movies in the next couple of years. Let’s hope they are successful enough to overturn negative comments.

The first movie is the upcoming movie adaptation of Fullmetal Alchemist. Both the original manga and the anime adaptation were highly praised. The anime is one of the most popular anime titles outside Japan.

The live-action movie will be very different to the anime because the European characters will be played by Japanese actors. The director, Fumihiko Sori, however, declared that he will follow the original story as much as possible, and film on location in Italy. The staff are also very enthusiastic. The trailer is rather short, but boasts high-quality VFX. I’m curious to see how they will depict the dark but witty world of Fullmetal Alchemist in the movie.

The second movie is March Comes in Like a Lion. You may know it as 3-gatsu no Lion, since it’s part of MANGA.TOKYO’s episodic reviews for Fall 2016. The expectations are high since its director is Otomo Keishi who directed the successful movie adaptation of Rurouni Kenshin. It won’t need as many special effects as Fullmetal Alchemist since the subject matter is the Japanese chess-like game, shogi. It will be a drama movie, one of Japanese cinema’s strong genres.

The multi-talented Ryunosuke Kamiki, who voices the main character in the highly acclaimed anime Your Name (Kimi no Na wa) will play the main character, Rei Kiriyama. Kamiki has the same vibe as Kiriyama and I’m looking forward to watching this movie.

On a Final Note

Everyone is entitled to their opinion, and many fans choose to exercise that right when it comes to live-action adaptations. Obviously, no matter what the fans say, the movie is going to speak through its ticket sales, but it’s true that many fans prefer to badmouth a movie without even watching it first just because it will supposedly ruin their favorite title.

Can I offer my opinion as well? I say that we should all enjoy movies for what they are, and not confuse them for something they aren’t. What’s the purpose of comparing the movie to the original? No matter how many movie adaptations are made, the originals will be there for anyone to enjoy.

That’s why I believe that movies should be judged for what they are, a different work. I will continue to support live-action adaptations, and I hope you do too.