MANGA.TOKYO > Otaku Articles > ‘Gourmet Food in a Different World’: Is this the Next Big Trend in Isekai Anime?

‘Gourmet Food in a Different World’: Is this the Next Big Trend in Isekai Anime?

Do you like ‘isekai‘ anime? I love them! Isekai means ‘different world’ and this kind of anime feature ordinary characters who have found themselves into a different world. There are probably many people who like isekai anime, just like me.

Sword Art Online, GATE, God’s Blessing on This Wonderful World! (Kono Subarashii Sekai ni Shukufuku wo!), Re: Zero-Starting Life in Another World, Grimgar of Fantasy and Ash (Hai to Genso no Grimgar), Log Horizon, Outbreak Company. Youjo Senki (Saga of Tanya the Evil) is the isekai anime of the currently airing Winter 2017 season. There have been so many isekai anime released in the recent years.

They feature fantastic worlds where you can escape from the harsh reality of everyday life. The protagonist usually gains extraordinary abilities and gets a ‘hero-like treatment’ in the other world. I would have given anything to experience this, to escape from my tough everyday life and act like a hero!

The emergence of these kind of anime may be a sign that more people wish to live like these protagonists. If it’s ever possible, I would also have loved to spend some time with Rem and Ram from Re:Zero.

Today, I want to write about Isekai Gourmet Food, which seems ready to become an upcoming trend in anime adaptations of isekai works.

I see more and more anime that have a protagonist who becomes a hero by gaining some extreme ability and skills to defeat enemies in another world. Most of them are based on light novels and novels on user-generated novel publishing sites collectively called ‘narou-kei’ (‘let’s-become’ genre).
* A popular site in Japan is called ‘Shosetsuka ni narou (Let’s Become a Novelist)’

Of course, each novel is unique in its own way. However, I assume that there are many people who’ve actually begun to think that the plot of ‘defeating enemies using cheat-like abilities’ is slightly overused. Even the readers who are supposed to enjoy such plots, begin to feel this way, so it may have become more concerning for those who write novels.

This is where the newly emerging ‘Isekai Gourmet’ style comes in! What is a universal factor that can attract more people? FOOD!

Live-action or anime, works in the food genre never hurt anyone’s feelings or make anyone sad. They even make us happy just by watching them. When food appears, most people would feel ‘I want to eat it with the protagonist!’ Food-themed novels have a distinctive talent to draw people in their stories.

Recently, two ‘Meshi Tero (Food Terrorism) live-action series that became very popular are Kodoku no Gurume (The Solitary Gourmet) and Shinya Shokudo (Midnight Diner). The style called ‘Isekai Gurume’ (Other world gourmet) is currently one of the most popular among light novelists and novels on user-generated sites. ‘Isekai Gourmet’ is a combination of a different world and gourmet food.

How to create the style of ‘Isekai Gourmet’

There are two main patterns needed to create the style of ‘Isekai Gourmet.’

Pattern 1: Deliciously describe the ‘food’ in the different world

Having meals in an extraordinary situation is fun. What you eat during camping or hiking may not be the best if you eat them at home. However, is there anybody out there who had thought such food somehow tasted special, just like how I did?

Did you know that food rations are taken seriously in the military? For soldiers on duty in a dangerous situation, meal time is the only thing they look forward to. By eating their food rations, soldiers restore their energy and relieve stress.

The food in isekai situations is somehow connected to thrilling and heart-pounding adventures. That’s why it is more effective to deliver the special ‘deliciousness’, in contrast to the ordinary food in our everyday life.

Pattern 2: Describe ‘gourmet chemical reactions’ between regular food and that of the different world

What would happen if soldiers today got transported to the past? What if they were reincarnated into another world? You’ve heard some stories using these sort of plots, right? In the case of the soldiers, they would gain and use cheat-like abilities in the different world (and end up changing history). However, since the main item here is food, it doesn’t have much influence on anything in particular in the new world.

The only thing that will be entirely different is the food culture. What kind of cross-cultural communication will we get to see as the result of the arrival of an unusual but possibly appetizing food?

When it comes to food, both our world and the different world that the protagonist finds himself into will probably have comparable ingredients and tastes. 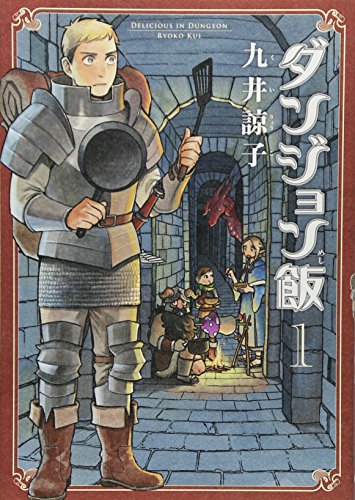 This is a story of adventurers who battle through dungeons, but they also struggle to find food in the dark corridors. Pattern 1 applies to this manga. In many games and anime, I don’t think there is much mention of the food within the dungeons. For example, doesn’t Torneco get thirsty eating only bread?
However, you wouldn’t find any dining rooms anywhere in dungeons. Even if the characters cook to feed themselves, we can imagine that it would be very difficult.

In Dungeon Meshi, the adventurers decide on sourcing local ingredients in the dungeons, which means that they cook dungeon monsters which they defeat. In this manga, you can see what their meals are like and how they cook the monsters.

Monsters as ingredients!? You may think, ‘Oh, gross…’, but this manga illustrates the cooking atmosphere pretty deliciously. Classic monsters which any anime fan would know appear in the manga, and you can actually learn ‘the best ways to cook those monsters appetizingly’. Even the recipes are available! 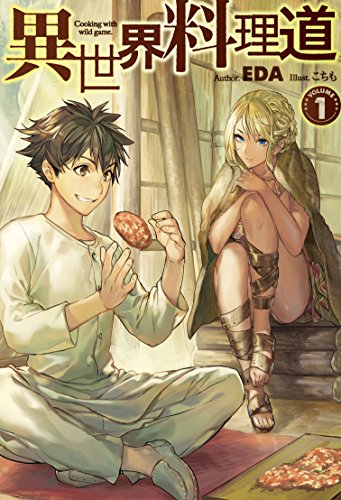 A young Japanese cook gets transported to another world, and uses his great cooking skills to impress the people there. Pattern 2 would apply to this title. It’s probably easier to think of this novel as a battle-themed reincarnation story but with cooking skills instead of cheat-like abilities.

I suppose this is similar to Nobunaga no Chef (A Chef of Nobunaga), Shokugeki no Soma (Food Wars! Shokugeki no Soma) or Mister Ajikko, but it’s all happening in another world. In the different world, cooking culture is still undeveloped, and his cooking skills from the present world are revolutionary. 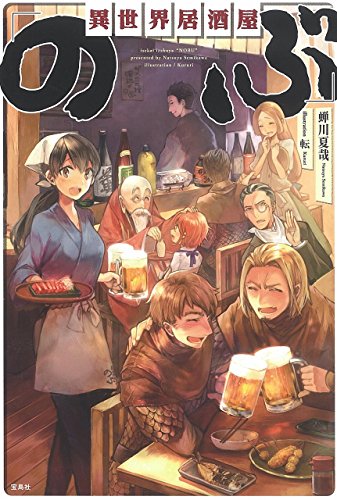 This is about a Japanese izakaya bar that is connected to another world. This is also written according to Pattern 2. You’d see guild taverns/bars in isekai fantasy stories, but they are normally western style ones. Typical Japanese izakaya bar food is not available in those places, so you don’t see anything like hiyayakko (chilled tofu), pickled vegetables, grilled hokke fish or ochazuke soupy rice to finish the meal.

This novel depicts a somewhat unique bar atmosphere by having a Japanese style izakaya in a western-fantasy world. 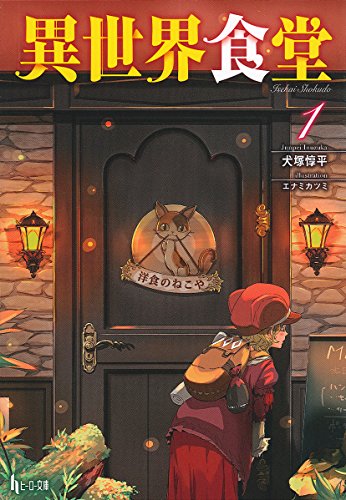 The story revolves around a western-style restaurant that connects to the other world once a week. This is also categorized in Pattern 2.

The novels I introduced above are all published, but there are so many novels on the user-generated websites that are waiting to be discovered. ‘Isekai / sweets’, ‘Isekai / ramen’, ‘Isekai / shaved ice’ and so many more… What kind of combinations would you like to see? ‘Isekai Gourmet’ is so popular that it may soon become an independent genre of anime. So, make sure to check out more ‘Isekai Gourmet’ works!