How 90s Anime Songs Overuse the Phrase ‘Fly Away’

The other day, there was this article on Hatena Tokumei Diary: The problem of overusing ‘Fly Away’ in 90s Anison Lyrics. It only had one sentence: ‘I hope the Pretty Cure Figures Blog can verify this.’

I want to write about this very interesting topic, and so I did some research (mainly because jokes like this go down so well with me). 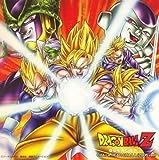 Since this is about lyrics, I used a lyrics site to search for songs that include the phrase ‘fly away’ and filtered the results for anime songs. The pages I used are Joysound, kget, uta-net, and utamap. However, the results were very different depending on the page. Even though I set it to only anime songs, there were over 1,000 results. This was quite a frustrating setback. However, I managed to calm down and next I decided to search Joysound.

As Joysound writes the lyrics down in Japanese, there were many hits when I was looking for the Japanese writing ‘フライアウェイ’ instead of the English ‘fly away’, because the data base was fed with the Japanese reading. It also showed from which anime a song was, which also came in handy.

I counted the songs with the following conditions:
1. Different versions of a song still counted only as one song (For example, Dragonball’s Cha-la head-cha-la had a version in 1989 and Flow’s ‘Battle of Gods’ version, but I counted them as one song. Galaxy Angel’s ‘Eternal Love’ had five different versions.)
2. I included video game songs and tokusatsu themes.
3. I excluded songs from Vocaloids like Hatsune Miku.

Guided by a comment by msdbkm, I started to not only look for ‘fly away’ but also for ‘far away’.

The results below are based on my research of Joysound. If you think they are lacking, you may take the initiative and complete the research yourself.

Anisongs including the word ‘fly away’:

Out of those, 4 songs were from the 80s, 12 songs from the 90s, 50 songs from the 2000s, and 37 songs from the 2010s. With just this, we can see that the phrase ‘fly away’ is used a lot more in the 00s, so the hypothesis that ‘fly away is a problem of the 90s’ was easily dismissed. The anime boom happened after 2000, so there were more songs produced than before. More anisongs can also mean more songs using the phrase.

Songs including the phrase ‘far away’:

There are 93 songs including the phrase ‘far away’.

Fly away vs Far away

It was a close call, but ’fly away’ was used in more songs than ‘far away’.

The Prince of Tennis and ‘fly away’

Everybody has the impression that songs from the 90s use ‘fly away’ more often than those from the 2010s. So let’s take a look in which theme songs the phrase was used:

We can see, there was a tendency to use the phrases in the 80s and 90s in opening and ending themes. In the 2000s, anime started playing at a later time at night and it became more like ‘those who know it know about it anyway and those who don’t, don’t’. And there weren’t only openings and endings, but also ’character songs’, which were produced more and thus, the songs using ‘fly away’ or ‘far away’ were fewer. (unconfirmed).

Nekketsu Saikyou Go-Saurer is ‘far away’, The Brave Fighter of Sun Fighbird is ‘fly away’. Let’s remember that.

This article comes from a Pretty Cure blog, so let’s see how this is related to the series.

Joysound, as well as other lyrics databases, are accumulating endless data and keep growing. I think it is wonderful that such a big amount of data is available for free to such a big crowd.

For example, there are 966 songs that use the word ’Katsu’ (=win) and 4042 songs use the word ‘Makenai’ (=won’t lose) in the database of Utamap. It shows how much more they use ‘Makenai’. If we put that into ratio, there are 4.2 times more ‘Makenai’ than ‘Katsu’. I did not consider other conjugations of the verbs, but this gives us a first impression.

I don’t know if this is a phenomenon of Japan, where ‘more important than winning is not to lose’. We would have to do separate research on that, but for now, we can see that we use that world a lot. And in Pretty Cure’s case, I wanted to see how it is compared to regular Japanese lyrics.

In other words, even compared to other lyrics, Pretty Cure uses ‘Makenai’ much more than ‘Katsu’.

In Pretty Cure, the goal is not to ‘win’ against the enemy. They talk about ‘not losing.’ Even in their songs we can see that they try to make it a win-win situation for everyone, for themselves and for their enemies.

These are my findings.

Looking at lyrics pages, this was what I could find out and play around with. I would be glad if this motivates other people as well to do some research in the field.