PIE International has announced that animator and illustrator Mieko Hosoi will release her first art book, Mieko Hosoi Art Works on January 30, 2017. To commemorate the publication, the artist will hold a panel exhibition and an autograph session.

Mieko Hosoi is a creator who became well-known as a character designer for the anime Grimgar of Fantasy and Ash. Mieko Hosoi Art Works will include many Hosoi illustrations from Grimgar of Fantasy and Ash, Aiura, Psychic School Wars, the Your Lie in April opening, the Battery ending, the Fate/Grand Order opening, Space Brothers #0, and Shouwa Genroku Rakugo Shinjuu along with past works by Matsukaze Koubou, the group made by Hosoi and anime director Ryousuke Nakamura. They were very popular at the recent Comic Market 91 in December 2016.

The art book comes with a bonus comic featuring the girls that star on the cover, and each book store will have a different promotion bonus. 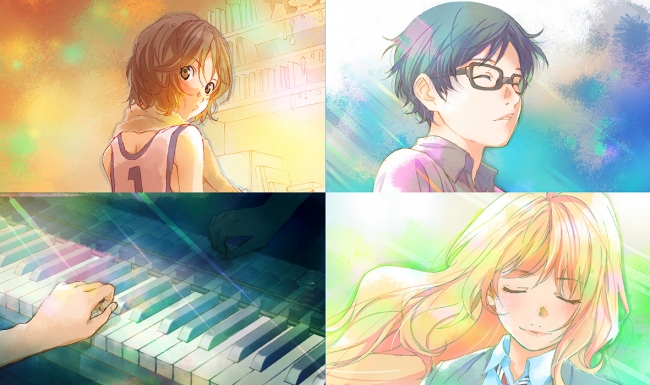