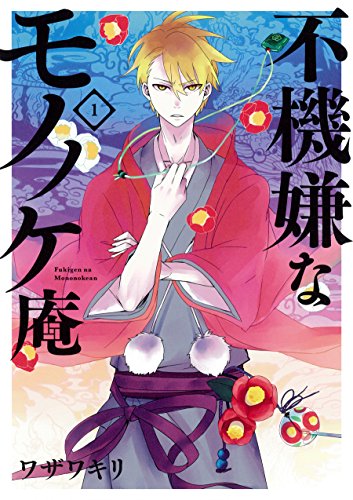 Hello folks! I hope you have been good for the past week. Fukigen na Mononokean has finally released yet another episode, and we have gotten even closer to the season finale. There are two more episodes left and that, at least for me, will determine if this anime was worth the time I spent watching it or not.

The thing is that these days episodic anime are not exactly popular, and if you are making an episodic anime, you should at least try to convey some background information to the audience, instead of throwing out a lot of information without giving an explanation. Unfortunately, Fukigen na Mononokean did exactly the latter. However, on the other hand, this show has a very light mood, it’s kind and it takes away your worries. It helps you relax for half an hour.

Let’s get back to the episode. This one was a bit different, because the plot wasn’t resolved by the end of the episode, and I am assuming they will do it in the last, like a two-part story. If I am correct that would basically mean there was an actual story arc in this anime, and I’d consider that to be a plus.

Anyway, let’s get down to business. In this episode we have a short reference to the previous one, some gags and jokes about Zenko’s father, and Hanae being a crybaby. But the main plot is the following: A certain youkai has lost her vision and wants to be exorcised into the Underworld with hopes that her vision will come back over there. But the rumour goes, that if a blind youkai borrows the powers of the human who can see and communicate with youkai, then their vision will come back for only a short period of about three days. Well it wouldn’t take you too much effort to guess that Hanae offers his powers. As a result he stops seeing or hearing the youkai, but stays strong, impatiently waiting for those three days to pass. Yet, the days go on and his power never comes back. Hanae is unable to see, hear or feel the touch of the youkai. Of course this is discouraging him, but the last straw was Abeno telling Hanae that he should quit the part-time work at Mononokean because he’s of no use. He promises himself that he will get his powers back and will make Abeno fall on his knees and beg Hanae to get back to the Mononokean.

Some of you may be amazed at how calmly Abeno says all of this, others might think it’s only fitting for Abeno’s character, but some of you might come up with the same thing I did: Abeno wants to find a way of helping Hanae bring back his powers, but since it is a dangerous path to walk he wants to do it alone. I can bet anything that Abeno is very connected to Hanae now, and wouldn’t be able to imagine his daily odd jobs at Mononokean without Hanae.

As it goes on, Abeno ends up visiting Rippo, and I bet it is for finding a way to return Hanae’s powers. But we will have to wait another week to find that one out.

I must say, if they do make a little arc out of this story, and even better, explain why can Hanae see the youkai in the first place, that would be a perfect ending for this anime. It would leave a lot of people content and happy with the show, myself included. But if they end this in the first part of the next episode and do another two standalone episodes, that will just worsen the impression I already have for this anime. I have been mentioning this probably too many times already, but not every anime can pull up this trick of being episodic and managing to have your audience’s attention all to yourself. The anime itself should have a certain feel of completeness, of filling the blanks and creating a unison. So far I do not see that kind of a unison in Fukigen na Mononokean, which indeed is a pity.

But that’s about it for today, and I hope you enjoyed the episode. See you next week!